That afternoon I walked to the point of Old Bank. I remember the anxiety I felt at finding myself there again breathing the cool breeze from the bay, admiring the landscape with ships crossing the channel from Schooner Kay, the coconuts palms flirting with the rhythm of the wind and in the distance my longed port. Walking back down the street, now built with reinforced concrete, I stopped to greet two older gentlemen were sitting on the porch of the house. “Hello, I said, my name is Ron Hill, I’m from El Bluff”.

They looked at me suspiciously and I began to speak in English. I asked about his family, if they were natives of the place, if they were born there and stared at me strangely. "Hey Jim, he wants to know about our family” said the one that appeared to be greater, the more lightly built, about 65 years old. “Tell him Charles, we have nothing to hide”, replied Jim, who had white hair. Charles looked thoughtful for a moment and began doubtfully talking. Were born and raised in this neighborhood, one of the oldest neighborhoods in Bluefields. “Thanks to the Lord”, added Jim. “Your mom too”, I ask. “Listen, he wants to know of our mother”, said Charles.

At that time seen again and their eyes fixed on me, deep eyes, of those who seek to discover the claims, the thoughts of others. Okay, I said, let's talk about the neighborhood but Charles interrupted me. My mother was tall, stocky and was always well aware of us, gave us many tips when performing the household chores. When she was cooking, boy, the food was special, I can still smell flavorings of the dishes, rice and beans made ​​with coconut milk, the turtle stew, chops fried breadfruit that we cut from the trees in the neighborhood, uploading them to the highest point, the Caribbean-style breaded shrimp, fish soup, bone-in meat stew. All the prepared meals with firewood, in those days there was no stove, we collected trunks on the beach that we put out to dry on the stones and when Dad returned from fishing in his boat paddles we descended the slope running to help load the fish and shrimp. Your dad was a fisherman, I asked. He asked for our mother and now wants to know about Dad, said Charles. Tell us frankly what you want to know, said Jim.

Honestly I've always wondered about the rain of stones that fell to one when he visited the neighborhood in the evenings. Saw each other again, but this time they laughed out loud. To protect us from strangers, protect our neighborhood, our private homes, our way of life, our children, our girls, our roots, just for that, explained Jim. But that did not do so in Beholdeen or Pointeen, I expressed. Boy, do not compare us with those people, we are different, and we are black, but different black people. We protect our community, we are proud of it. I’m a proud black man from Old Bank, cannot see it, said Jim.

It was getting late, would be six in the afternoon, and now I understand why they threw stones at strangers in Old Bank. I said goodbye to them shaking hands thick and wrinkled. You can walk calmy, said Charles, nobody will throw stones at you and they continued laughing. 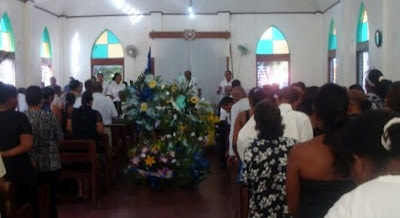 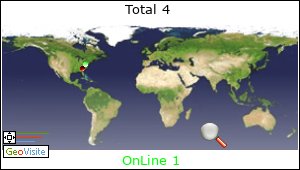